I’ve been writing pretty serious content-themed blog posts recently; however as the OED has released its latest update, I thought I’d revert to blethering about wordy stuff.

The Oxford English Dictionary is updated four times a year, and we’ve just had the June revision.  This update includes over 1,000 new words and meanings, and a revision of over 2,000 existing entries. For the full list, have a look at the OED’s website. If you’re a bit short of time (more about short reading attention spans later), here are a few of the new entries that caught my eye…

Well, this is a Thing, and now we all know what to call it. CamelCase is a way of writing compound words or phrases so each word begins with a capital, with no spaces or hyphens.

Obvious examples include PowerPoint, LinkedIn, and YouTube. CamelCase makes otherwise indecipherable hashtags easier to read #LikeThisOne, as opposed to #likethisone. Your online usernames is another example of when you may use CamelCase (KateWaddon). If you have a Scottish or Irish Mac or Mc name, you may be using CamelCase all the time.

Why camels? The term was first used – on paper – by computer programmer Newton Love in 1995, because of the “humpiness” of the style. I love that.

I like a listicle, as my two blog readers know. Basically a plumped-up list, it’s a great way of producing an easily-digestible article. The word itself is possibly my least-favourite blended word (it just doesn’t work) and dates from 2007.

Glamping, a portmanteau word made from “glamorous camping”, first appeared around 2005, and is now used regularly to describe a camping holiday where you’re more likely to get a hot tub than a cold shower. I wrote for a glamping website last year, and honestly, most of us have fewer facilities in our homes. The term these days is largely positive – holidays are sold as “glamping experiences”; but it’ll be interesting to see if it becomes used pejoratively as the next holiday fashion takes over.

There’s always been a camping hierarchy. When I was a kid, my best friend’s dad called our campervan holidays “Wendy camping”. He did the proper stuff, in a small tent, in fields. Shame that phrase hasn’t made it: I enjoyed being a Wendy Camper.

One of the reasons that I love the OED’s updates is that I learn stuff. I thought this new addition was simply the make of my kids’ school ukuleles. It’s not – it’s a rather lovely Hawaiian word for “thanks”. Not, as I suspected “strange sound made by children”. Not one I’ve come across in daily conversation, as you can tell; but then, I’m not a chilled-out, surfy, hanging-out young thing. Sadly.

The OED always has to release one term that gets us all sniggering, and Australian “budgie smugglers” is the one this time round. Picture tight-fitting trunks and the expression, er, falls into place. I’ve refrained from inserting a stock image – the Daily Mail Online was less restrained…

I have a fondness for this term, as I first learned it back in 2005 (although it dates from the mid 1990s), working at the seaside. Much budgie smuggling going on in West Cornwall’s beaches during August. 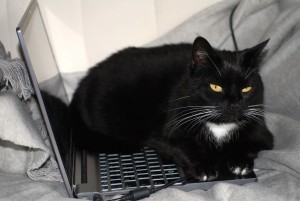 Ouch. As a writer, I wince at the mention of this one (although I love the semi-colon for nerdy reasons). Tl;dr is shorthand for “Too long; didn’t read” , a crushing editorial comment that dates back to 2002.  It can also mean “too long; don’t read”.  Its new dictionary entry reads: “…a dismissive response to an account, narrative etc considered excessively or unnecessarily long.”

And on that note…

If you want to talk words – or preferably, write some together – please contact me. TTYL. GTG*

*Talk to you later, got to go. Both new entries.

Also, for a discussion of the latest updates from the OED’s Jonathan Dent,read this excellent article.